At first I conceived of connecting the solar panels with what I call “Faraday Pistons.” It’s the same technology that is employed in the flashlights we shake to make bright. But the question of how to collect and transmit the electricity generated from thousands of pistons threatened to be complicated and problematic with an end result of too much energy lost. 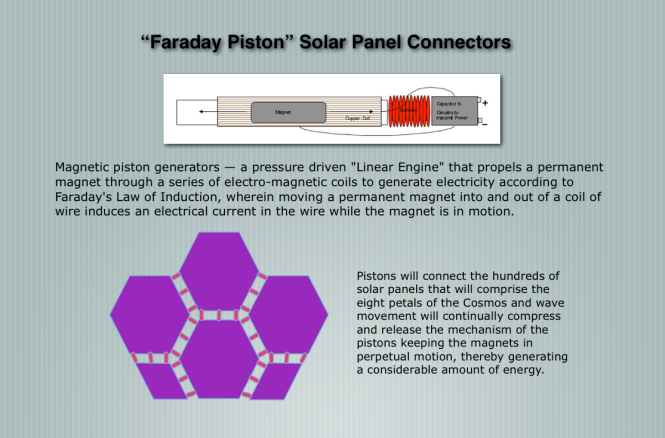 Compressed air promises to simplify and magnify the efficiency of the collection and transmission of the energy from the pistons.

If you have ever been in a marina where hundreds of sailboat masts are swaying and jangling from the slightest movement of the water even on a calm day with little boat traffic, you can appreciate the vast amount of energy that can be generated by pistons connecting 448 bobbing panels in the open ocean. 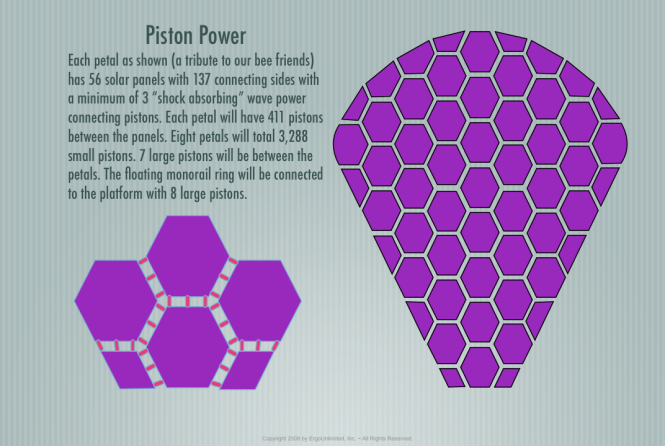